Unlike many babies, who recognize the sound of their parent’s voice and enjoy music early on in life, Camden entered a silent world. Being born deaf comes with unique communication challenges that make learning new concepts and building relationships difficult.

Camden first began to interact with the world of sound as a 13-month-old, after he had surgery to receive cochlear implants in both ears. Unlike a hearing aid, cochlear implants don’t amplify sound. Instead, they pick up pieces of sounds and turn them into electronic signals to feed to the brain. Hearing through a cochlear implant takes practice and patience. Camden would need to learn how to piece together the auditory puzzles he heard each time someone spoke to him.

Camden’s dad, Murph, recalls that being completely deaf early on in life placed Camden far behind his peers and his potential for communication.

“Camden missed out on all that time in the first year where most kids are picking up communication and developmental skills from being spoken to,” said Murph. “We wanted a program with licensed experts who could help him make up his language deficit and help him make the most of the cochlear implants.”

To make the cochlear implants more effective, Camden had his middle ear removed on both sides. The middle ear affects the ability to balance, so Camden needed therapy to help him move safely throughout his daily life. 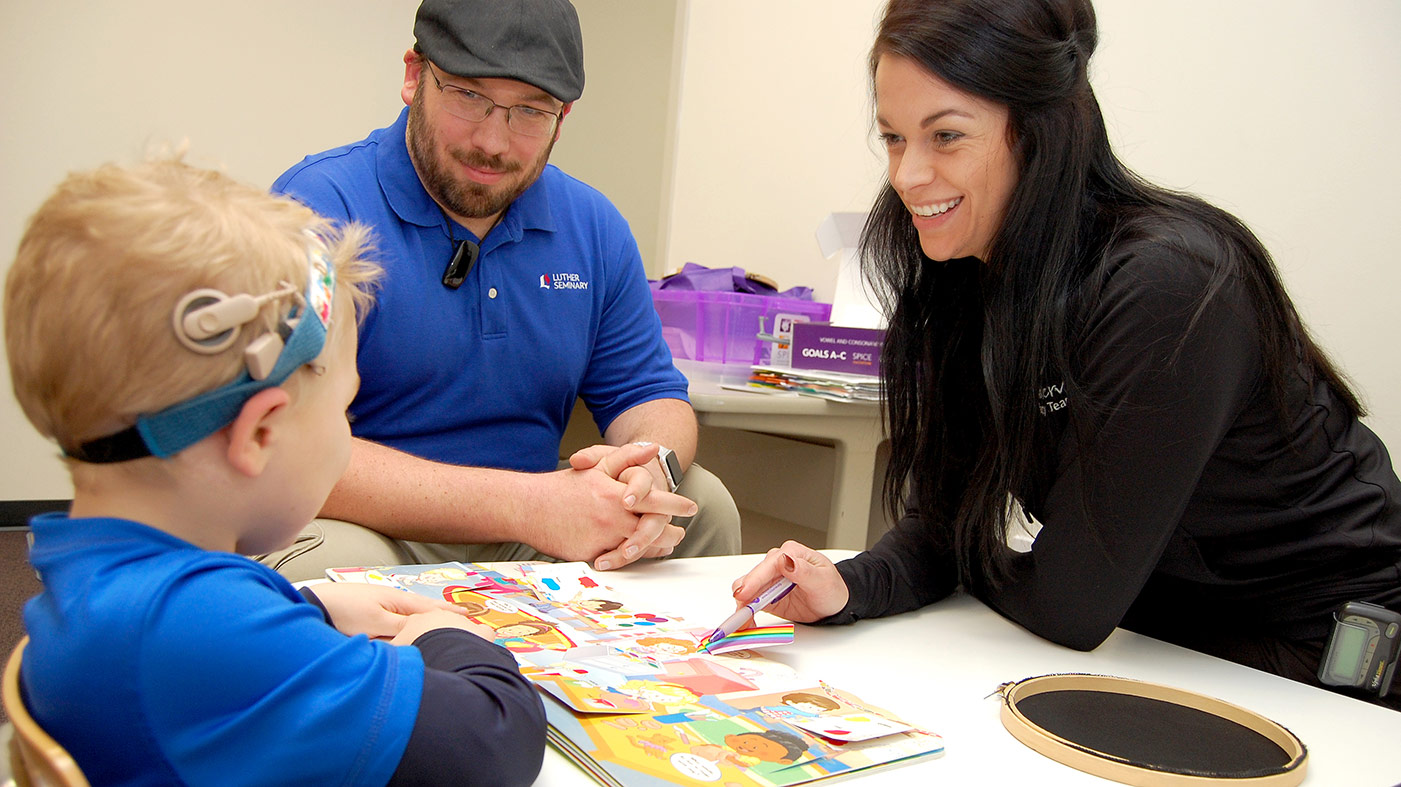 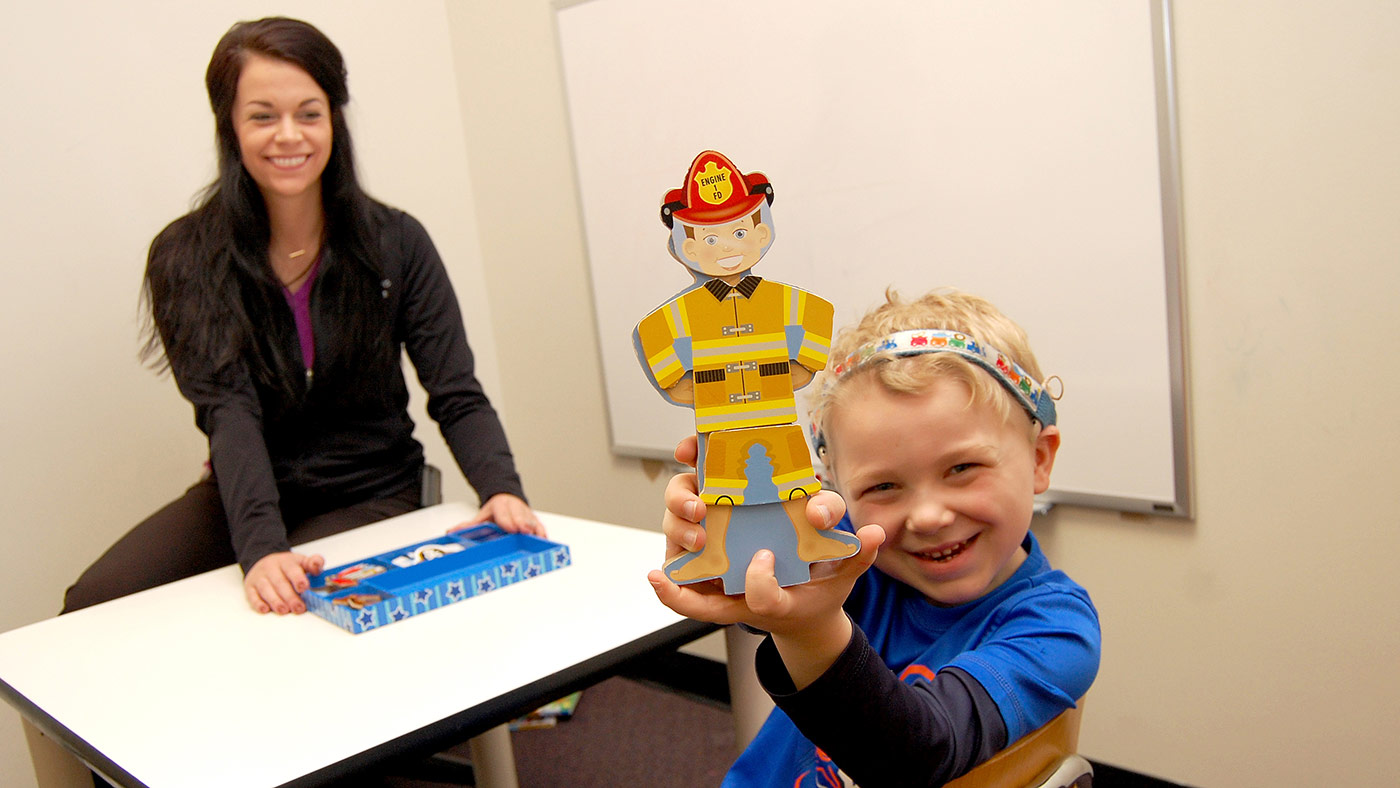 Camden’s parents chose ChildServe because the team of specialists offered coordinated support under one roof for all of Camden’s needs. He could receive occupational therapy to improve balance and coordination, speech therapy to build his communication skills, and his parents could receive support, guidance, and resources from ChildServe’s cochlear implant specialists. At 18 months old, he began meeting licensed therapists at ChildServe for 30 minutes twice a week in both speech and occupational therapy.

When he started at ChildServe, Camden knew how to say just one word at a time and had very limited vocabulary. After working through many hours of speech and occupational therapy, Camden has graduated out of his occupational therapy sessions. While he continues speech therapy, his parents are amazed at his growth, especially in his ability to carry on a conversation.

“As a two-year-old, he had a vocabulary of 40 words, and could string together a two-word statement. He was making personal progress, but many kids might have a vocabulary of three hundred words by that point. Now, he can create ten or twelve word sentences, his vocabulary continues to grow, and he is much more outgoing.”

Camden’s parents also found support through ChildServe while working to create an Individualized Education Program (IEP) for him through the AEA.

“The language development gap will only grow if you don’t address it,” said Murph. “We know Camden will benefit in the long run from learning as much as possible in these early years. As a result of the support and effort from ChildServe, we’ve been able to have him attend three years of preschool to build his vocabulary and prepare him for kindergarten.”

Kayla Orthmann, a Speech Therapist at ChildServe, meets with Camden twice a week. She incorporated the SPICE curriculum into Camden’s therapy sessions after a donation from the Scottish Rite enabled ChildServe to purchase the curriculum. His parents observe the sessions through a two-way mirror to gain insight and watch his progress, and Kayla informs them about techniques they can use at home to improve his communication skills.

Kayla has seen Camden grow across a large range of speech, language, and hearing skills. However, one of Camden’s improved skills stands out as important for all kids with cochlear implants: the ability to speak up for himself regarding his cochlear implants.

“Camden’s self-advocacy skills are starting to develop,” said Kayla. “He even spontaneously uses these skills during our sessions. We’ve worked on self-advocacy skills like explaining what his cochlear implants are and what they do, knowing how to troubleshoot problems and report to someone when his devices aren’t working properly, and to ask people to repeat things when he isn’t sure what he heard (instead of just nodding and pretending like he heard).”

Camden’s parents agree that the most rewarding part of his growth has been watching him become more confident.

“Camden used to play near other kids, but he wouldn’t interact with them because he wasn’t confident in communicating with them,” said Murph. “He is much more outgoing and excited to play with a new friend, and he’s willing to hold a conversation. It’s amazing. We want other parents to know that success is possible, and help is available at ChildServe.”