Ava and the Grinch

When Ava’s feeding tube began causing her pain, she had support from unique cast of characters. 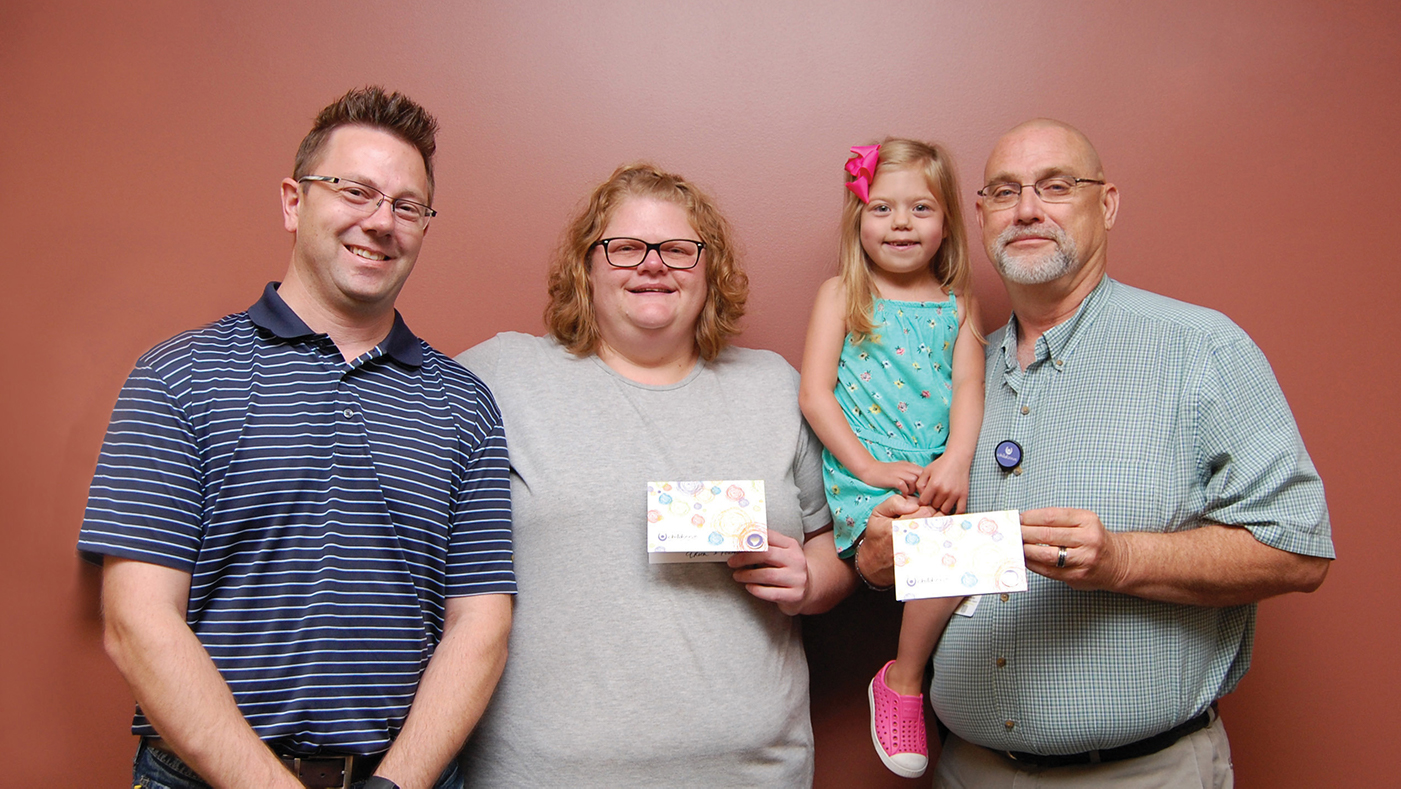 Our daughter Ava has had a g-tube since she was just a few months old. Occasionally we have some trouble with granulation tissue which makes the site much more uncomfortable for her. For a few weeks she had been waking up in the middle of the night with discomfort and it was also bothering her during the day at school. Her nurse and I had tried a few things to make it better, but the discomfort seemed to be increasing and we knew we needed to try something else. Ava’s nurse contacted Marie and let her know what was going on. Marie has helped us with Ava’s tube for years and her knowledge of g-tubes and how to care for them is invaluable. Even more importantly, she has gained Ava’s trust and always makes g-tube cares fun by involving Ava in the process.

Marie agreed to see Ava on short notice one morning shortly before Christmas after she got done with therapy. The nurse and I knew that Marie was probably going to have to cauterize the granulation tissue around the stoma, which is very painful. Ava hates it whenever Marie has to use the “sticks.” It is so hard as a parent to force your child to endure something you know is painful, but has to be done to make things better. The nurse and I wanted to get ahead of the pain and needed her to take some Tylenol before we saw Marie. It was important that Ava take it by mouth, so that it would be absorbed quickly into her system. Ava is still learning to take medications by mouth and since she was already suspicious of what Marie was going to need to do to fix her tube, she wanted nothing to do with taking the Tylenol by mouth. We tried bribes and everything we could think of and she wouldn’t budge. We knew we had to find a way to get her to take it and just when I was feeling desperate for a magic wand, Willie showed up. Up until this moment, we had never met Willie. We had only just recently learned he was the brother to another staff member Ava loves at ChildServe. In our time of need, Willie appears with a Christmas Grinch and asks me out of Ava’s sight if she can have it. I nod yes and he presents the Grinch to Ava and says she can have it if she takes her medicine. A huge smile came over her face and she took the Tylenol willingly and at the speed of light. She cuddled the Grinch until we met with Marie and after she was all done, the Grinch was the first thing she wanted for comfort. Marie was patient with her and explained the process. She included her as much as she could, and worked quickly when she used the sticks. Ava kept the Grinch with her for three days straight and it brought her so much comfort. 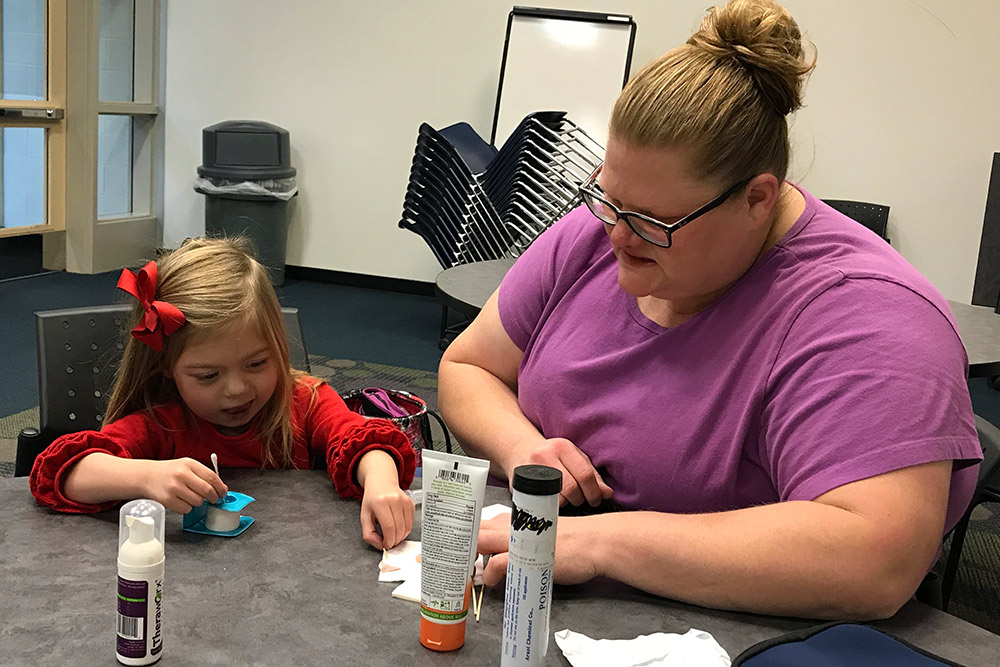 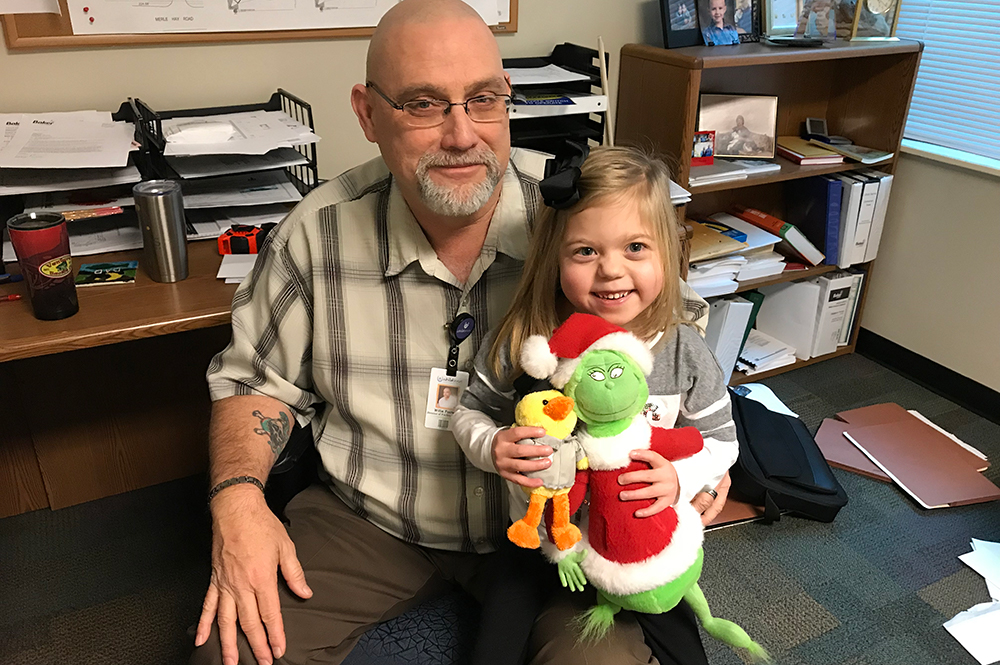 Ava has been through more than any child should have to endure at age five. As her mom, I struggle to get through procedures that I know are going to make her uncomfortable and I hate seeing her in pain. However, we both don’t have a choice and we do our best to power through. What touched my heart the most about that day is how much support I felt from two members of our “village” at ChildServe. Marie has been on this journey with us for a long time and she is always there when we need her. Her expertise is invaluable, but even more important is her technique. Marie has earned Ava’s trust and she does everything she can to make the hard parts bearable for Ava. She includes her in the process and knows how to comfort her when it is painful. What I didn’t expect was to add Willie to our village that day. He came out of nowhere to lend a hand and saved the day. He didn’t even know who we were, but he recognized we were struggling and offered to help. Amazing! That is all I can say. Simply Amazing! Thank you Marie and Willie for caring and for going out of your way to help Ava. We are so grateful for all you do to support kids like Ava and parents like me. This journey can be challenging and very stressful at times, but knowing we have an amazing village at ChildServe to support us along the way makes all the difference.