ChildServe‘s Board appoints Teri Wahlig, MD as next CEO & David McKenzie as President/COO

After more than 25 years serving as President/CEO of ChildServe, Lloyd VanderKwaak has announced he will retire on June 30, 2018. During his tenure, ChildServe grew from a local human services agency that served 175 children into a nationally recognized pediatric specialty healthcare organization that serves more than 4,200 children in Iowa each year.

“Lloyd’s vision and willingness to dream big led to ChildServe’s growth in its continuum of care, program development, geographic footprint and connection to families and the broader community,” said current Board Chair David Mackaman, who also served on the Board back in 1992 when VanderKwaak was recruited. Mackaman added that “Lloyd’s expertise in strategic planning and nonprofit governance positioned us very well for best practice executive transitions.”

Teri Wahlig, MD will become ChildServe’s next CEO and David McKenzie will serve as President/COO. Due to the growth and success of ChildServe and the complexity of its operations, the Board decided to split the positions of CEO and President. The appointments become effective July 1, 2018.

Dr. Wahlig currently serves as ChildServe’s Executive Vice President and Chief Medical Officer. As CEO, Dr. Wahlig’s focus will include partnering with the board on governance and strategic planning, providing executive oversight, fundraising and community engagement.

“Dr. Wahlig truly embraces our brand promise of believing in the spirit of a child,” said Mackaman. Her clinical expertise combined with her inspirational leadership style and proven business acumen will position ChildServe well during this time of rapid change in the healthcare landscape.”

“As a respected business leader, CPA and expert in operations, Mr. McKenzie is uniquely suited for his new role,” said Mackaman. He’s been a leader at ChildServe for the past 23 years, taking on successive responsibilities for administrative functions including human resources, technology and facilities.”

“Teri and David bring complementary skill sets,” said VanderKwaak. The board and I have great confidence they will build on ChildServe‘s mission-driven culture, growth and operational excellence.”

VanderKwaak began developing an executive leadership transition plan in partnership with ChildServe’s Board leadership three years ago. After retiring as President/CEO, VanderKwaak will step into an advisory role for an additional year to further ensure a seamless transition. 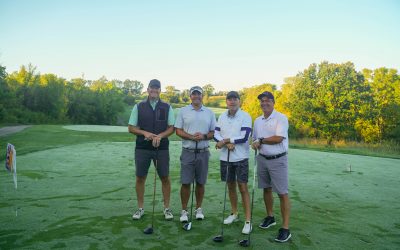 Thanks to the generosity of ChildServe’s sponsors and golf event participants, the 29th annual Golf Fore! The Kids outing raised over $130,000 this year!

END_OF_DOCUMENT_TOKEN_TO_BE_REPLACED 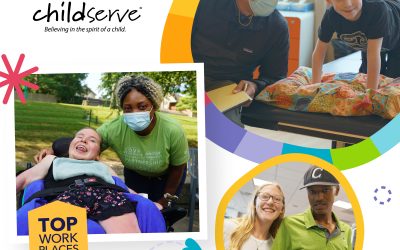 ChildServe was once again named a Top Workplace by the Des Moines Register, earning the #7 spot in the Large Company category for 2022.

END_OF_DOCUMENT_TOKEN_TO_BE_REPLACED 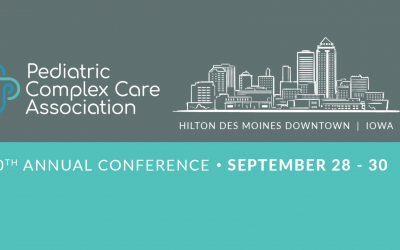 ChildServe is proud to host experts from across the country for the national Pediatric Palliative Care Conference in Des Moines from Wednesday, September 28 – Friday, September 30!

END_OF_DOCUMENT_TOKEN_TO_BE_REPLACED

ChildServe improves the health and well-being of 5,200 children each year through specialized clinical, home, and community-based programs and services. We serve children with developmental delays, disabilities, injuries, and other special healthcare needs.