ChildServe’s New CEO and President Step into Their Roles

As ChildServe welcomes its 90th year of providing life-changing services for children with special healthcare needs, we’re celebrating the appointments of Teri Wahlig, MD, as ChildServe’s CEO and David McKenzie as ChildServe’s President/COO.

“Teri and David bring complementary skill sets,” says Lloyd VanderKwaak, former CEO, who retired after 26 years of leadership. “The board and I have great confidence they will build on ChildServe‘s mission-driven culture, growth and operational excellence.”

Dr. Wahlig previously served as ChildServe’s Executive Vice President and Chief Medical Officer. She was recently named a 2018 Woman of Influence by the Des Moines Business Record. As CEO, Dr. Wahlig’s focus includes partnering with the board on governance and strategic planning, providing executive oversight, fundraising and community engagement.

“Dr. Wahlig truly embraces our brand promise of believing in the spirit of a child,” says former Board Chair David Mackaman. “Her clinical expertise combined with her inspirational leadership style and proven business acumen will position ChildServe well during this time of rapid change in the healthcare landscape.”

“As a respected business leader, CPA and expert in operations, Mr. McKenzie is uniquely suited for his new role,” said Mackaman. “He’s been a leader at ChildServe for the past 23 years, taking on successive responsibilities for administrative functions including human resources, technology and facilities.” 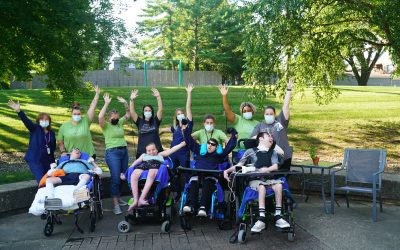 Let’s celebrate! For the seventh consecutive year, ChildServe was recognized for its influence as a nonprofit in Des Moines.

END_OF_DOCUMENT_TOKEN_TO_BE_REPLACED 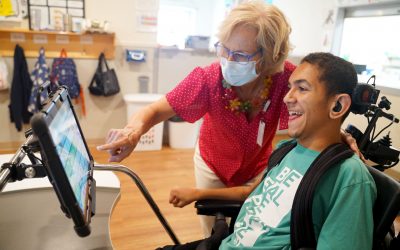 Kick off 2023 with a few words from ChildServe CEO, Dr. Teri Wahlig, as she shares an inside look at ChildServe’s goals for the new year!

END_OF_DOCUMENT_TOKEN_TO_BE_REPLACED 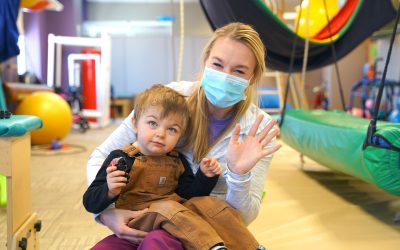 ChildServe is Growing in Eastern Iowa

ChildServe is growing to serve more children in Eastern Iowa! We will double the size of our Iowa City location and open our first satellite location in the state: ChildServe Cedar Rapids!