As 20-year-old Ricky prepares for his transition to a group home for more independent living, his parents could not be more proud of his 15-year journey with ChildServe and Ricky’s continued success in life.

When Ricky was diagnosed with autism at 5 years old, his family was given very heavy news. They were told his abilities would be limited for his whole life and would most likely not improve. Still, his family believed there was more in store for Ricky.

“We wanted Ricky to be as independent as he could be,”said Ricky’s mom, Pam. “Ricky has difficulty with sequencing, fine-motor skills and processing sensory information. We knew he would need to learn skills to help him overcome these challenges to do the things he needed for everyday life.”

Soon after his diagnosis, Ricky began occupational and speech therapies at ChildServe where he would spend the next 15 years learning, growing and surpassing expectations. For most of his time at ChildServe, Ricky has been working with Occupational Therapy Assistant Tisha Njos.

“Ricky has come a long way in his therapy,” Tisha said. “I have seen him learn many skills, including tying his shoes, following a multi-step morning routine and making food such as scrambled eggs and quesadillas.”

In recent years, Tisha and Ricky have focused on skills to prepare him for independent living. Ricky has learned how to type on a keyboard, ignore messes that used to frustrate and distract him, and build vocational skills like stocking a vending machine.

“Tish is enormously patient, but she doesn’t let Ricky get away with anything,” Pam said. “They’ve worked together longer than he’s worked with anybody else so it’s important to him to try things and do well for Tish.”

Over the years, Ricky has participated in a variety of ChildServe’s community services including Day Habilitation, Supported Community Living and Respite. During his time in these services, Ricky has increased his vocabulary, is more comfortable in social situations and became a skilled bowler.

Now at the age of 20, he’s preparing to graduate high school and transition to a group home where he will use everything he’s learned at ChildServe to live a great and more independent life! 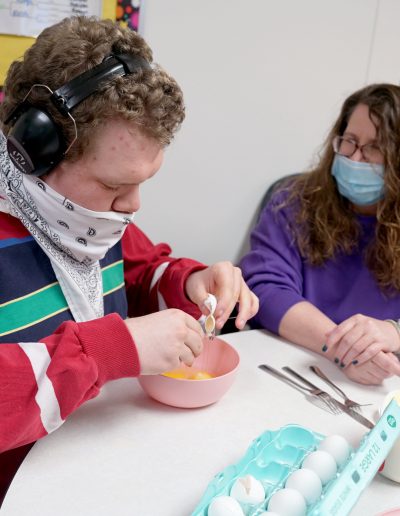 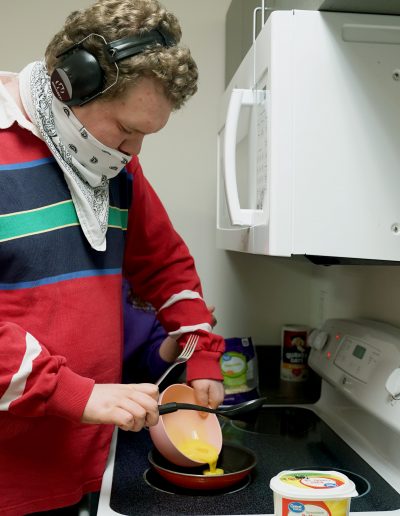 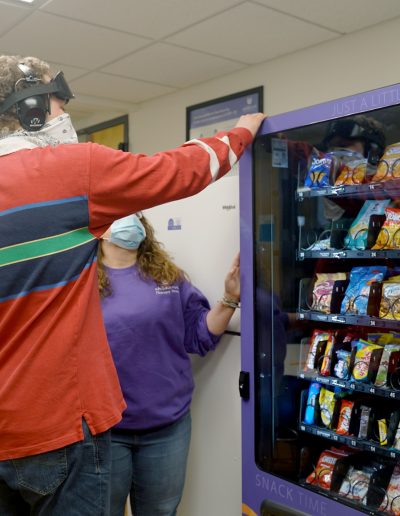 As Pam reflects on Ricky’s journey, she is incredibly proud of all the ways he has grown.

“Ricky’s able to do many things that might surprise some people who knew him when he was little,” Pam said. “His dad and I can tell he’s ready to be more independent, and we feel good sending him ‘on his own.’ At ChildServe, he’s gained maturity and skills that will allow him to be more independent and give him a great deal of joy. It’s thanks to the hard work from Ricky and his team at ChildServe that he’s where he is today.”