Laura had a very specific goal in mind for her son, Wyatt.

“My goal is to be able to send him to a birthday party and not have him lose his mind when he is presented with pizza and cupcakes,” said Laura. “He would burst into tears and throw a fit because he didn’t want to eat that.”

“Feeding therapy is beneficial for kids who have a limited number of foods in their diet, eliminate foods they were once willing to eat and refuse foods from one or more food categories or textures,” explained Kate Jansa, ChildServe Occupational Therapist. “This service helps kids tolerate a variety of food. It opens the door for allowing kids to eat food in whatever setting they’re in – home, school, birthday parties, vacations, etc.” 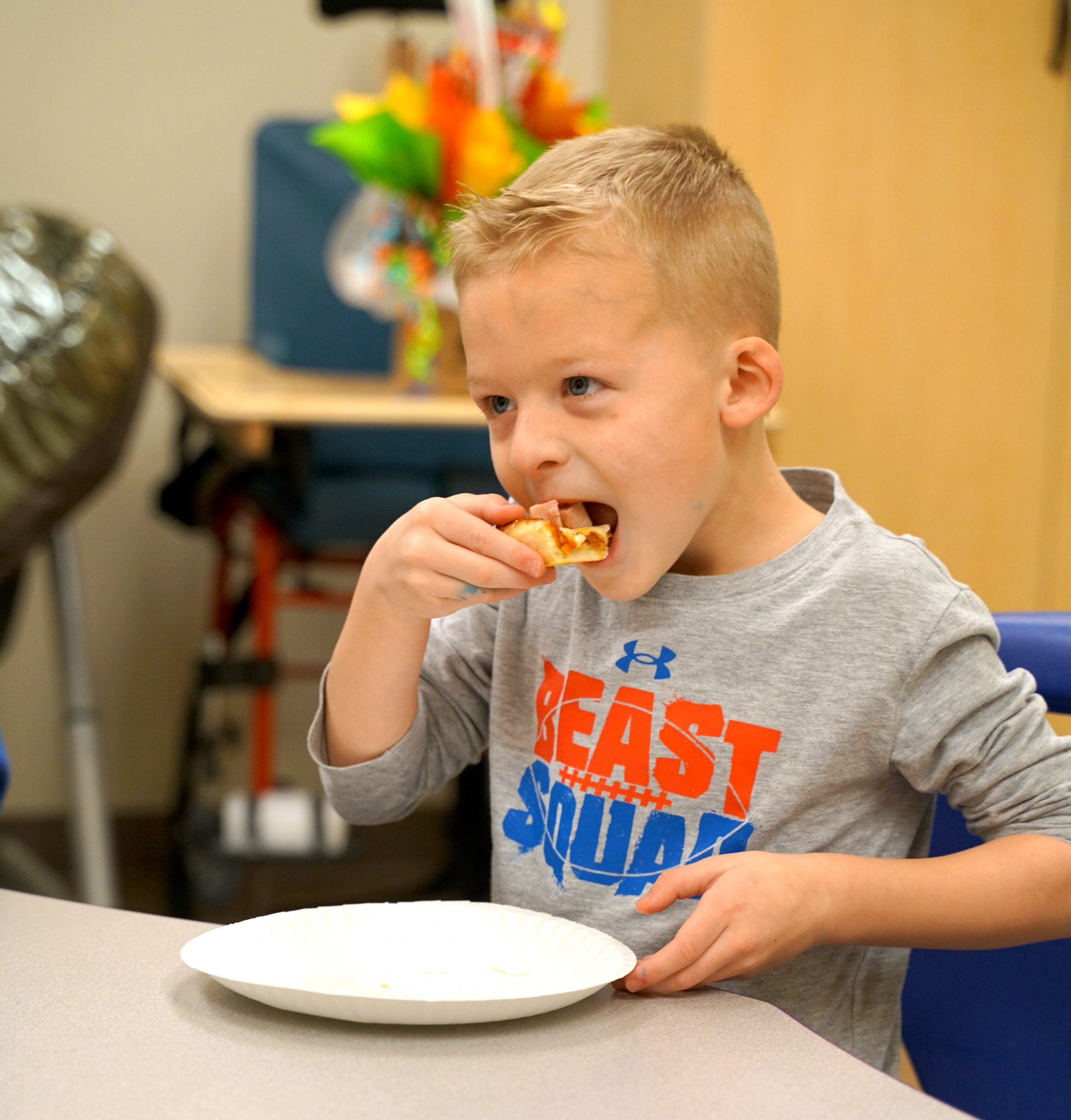 When Wyatt started feeding therapy he accepted only 24 foods in his diet.

“He just hated mealtime in general. He would only eat mac and cheese and goldfish. He would only do one McDonald’s chicken nugget, and that was it,” said Laura. “At the end of the day, the last thing we wanted to do is fight with him at mealtime.”

Each week, Kate and Wyatt took small steps towards exploring new foods. Through play, Kate showed Wyatt that food does not have to be scary.

“We would make it fun. We’d put the food in our mouth and see how far we can spit it across the room,” Kate said. “One time, Wyatt spit out a raisin and it even hit the swing! Play is such a powerful tool that makes learning about new food fun and exciting.”

After a year and a half working with ChildServe‘s Feeding and Swallowing Clinic, Wyatt now accepts over 50 foods in his diet.

“It’s a mixture of him learning about the food and processing his emotions,” said Laura. “Now he will do ground beef in his quesadillas, ham, different chicken nuggets, corn dogs, grilled chicken, etc.”

Wyatt’s family now looks forward to sitting down for a meal together.

“Wyatt went from being overwhelmed and scared of new foods to willing to taste anything he is presented with, without melting down,” said Kate. “During his initial evaluation, his mom wanted Wyatt to go to a birthday party and eat pizza and cupcakes for his graduation from therapy!” 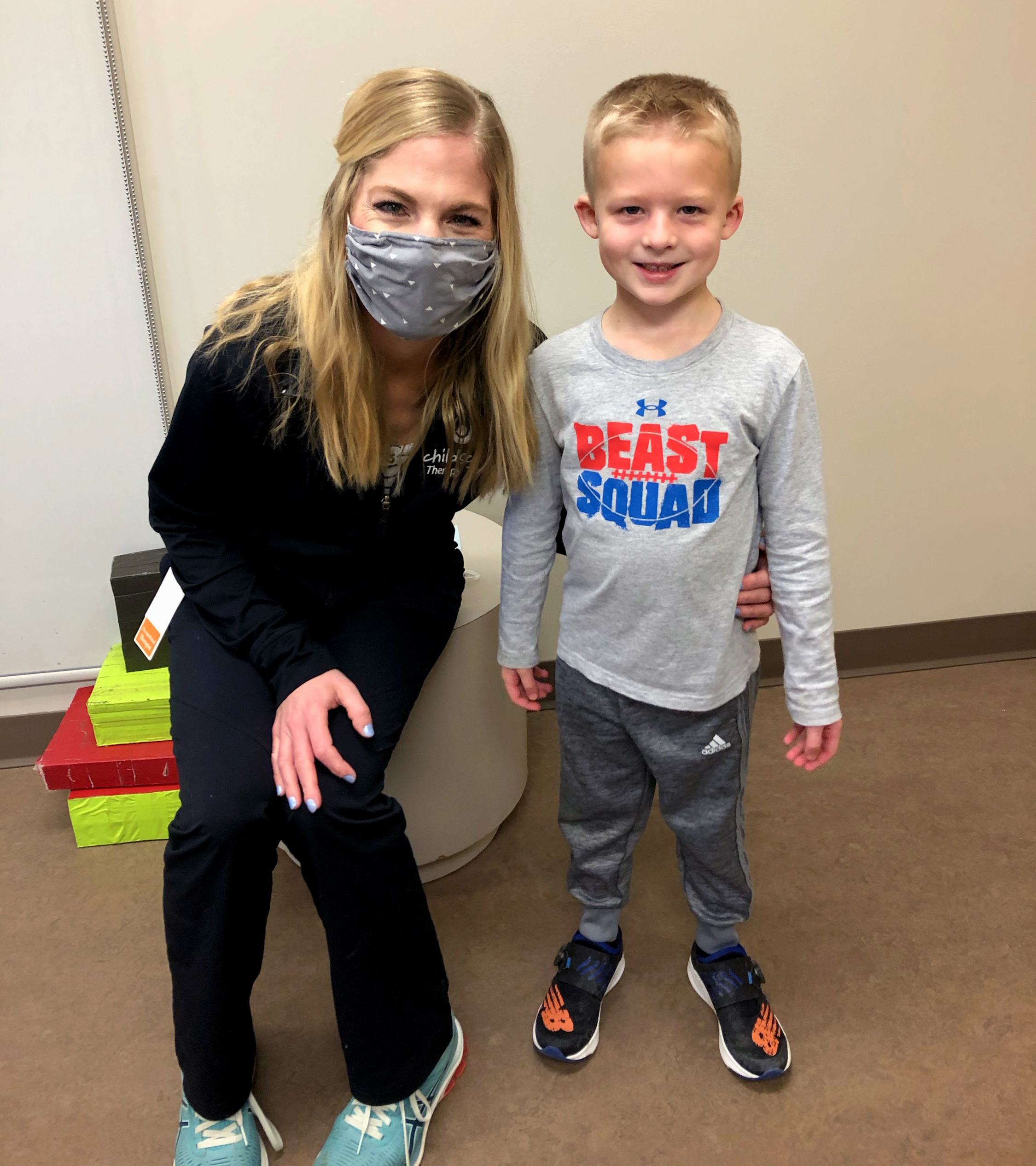