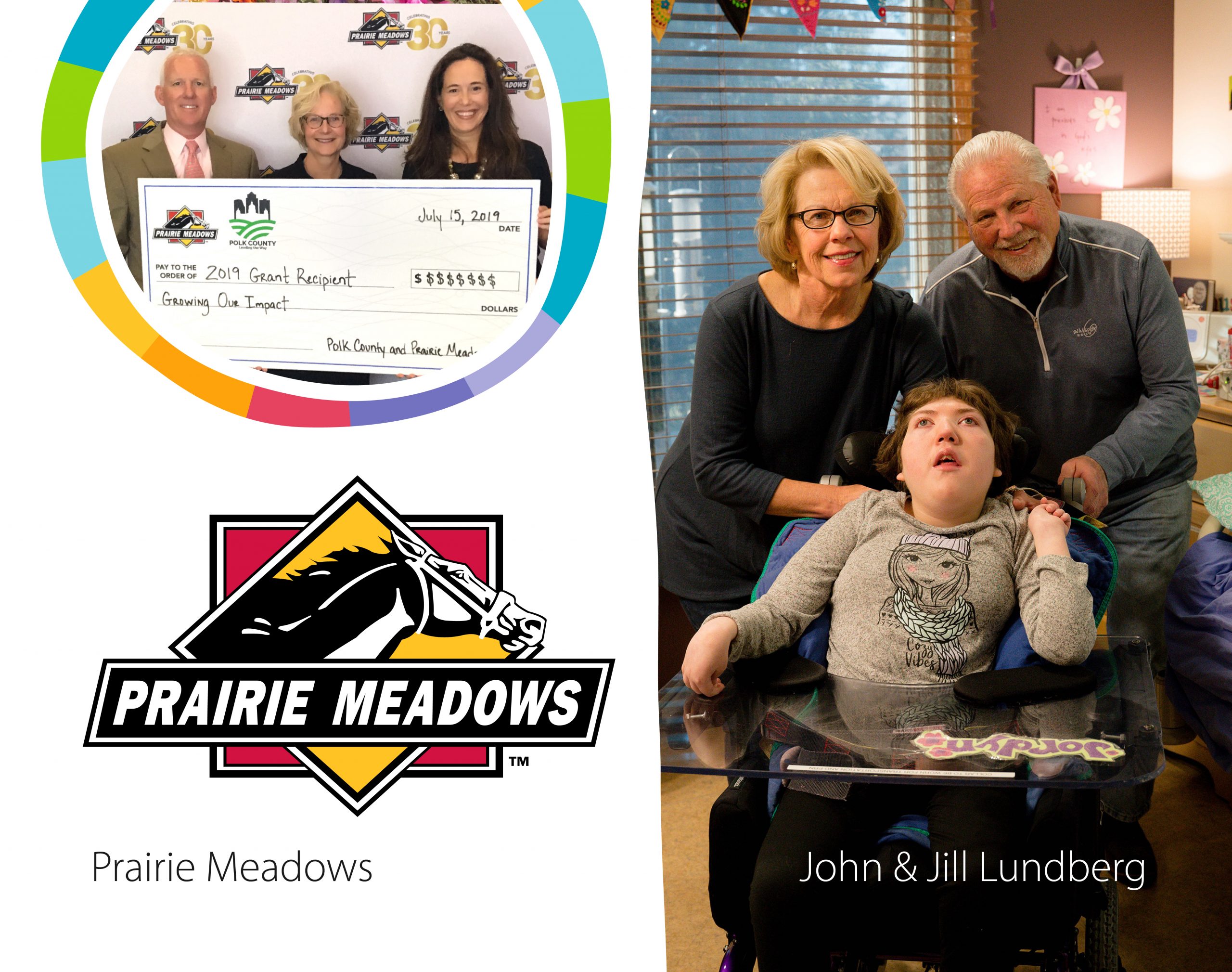 The ChildServe Champions award recognizes our most devoted supporters for advancing the mission through generosity, service and inspiring others to action. We recently named the ChildServe Champions for 2020: Prairie Meadows and Jill Lundberg and her husband, the late John Lundberg. Get to know these incredible donors below!

Since 1997, Prairie Meadows has built an exceptional relationship with ChildServe. Their generosity was an integral part of a remarkable period of growth in which the number of children being served at ChildServe has soared from less than 100 when our partnership began to 4,600 today.

Investments from Prairie Meadows’ Community Betterment and Legacy giving programs have helped ChildServe expand programs and services and purchase state-of-the-art therapy equipment to improve the health and development of children with special needs. Highlights of their support include:

When their granddaughter Jordyn was born with special healthcare needs, Jill and John Lundberg committed themselves to helping her live a great life.  After seeing the high-quality care Jordyn received at ChildServe, the couple generously began to use their time and talents to support fundraising efforts. Jordyn, now 21 years old, has received care from multiple programs, and currently lives in the long-term care unit.

Along with John’s service on the Board of Trustees for three years, the couple has made an impact in the following ways: